HOME OF RPGs POWERED BY THE SIMPLE SYSTEM

You have this really cool cyberpunk scenario and want to run it, but you don’t want to bother with too much rules and thick rulebooks? Then this game could be of use to you. [digital_shades] is a compact, fast paced, roleplaying game for the cyberpunk genre. The rules are simple enough that you can start playing instantly. The PDF is available for free in the download section. Print it and fold it to a cool and handy leaflet. When you play, every player needs a leaflet, because it is character sheet and rules in one. 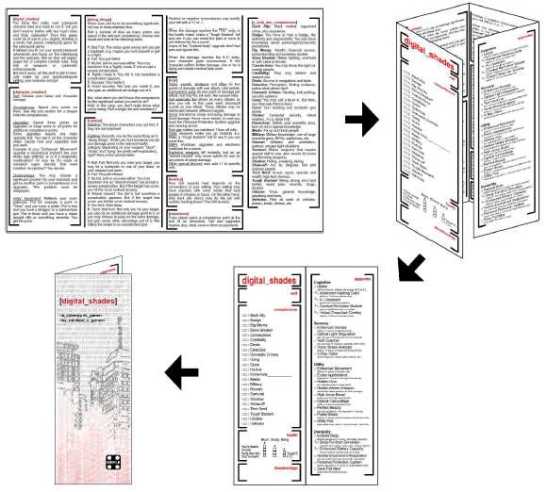 But don’t worry, the toys are still in the game. Just make up your (post)cyberpunk setting, a scenario and play! Oh, and no more worries if your idea fits the system… As long you stay in the genre it just does it.

I hope you’ll have fun with this game on your journeys withhin the (post)cyberpunk genre.

This site uses Akismet to reduce spam. Learn how your comment data is processed.